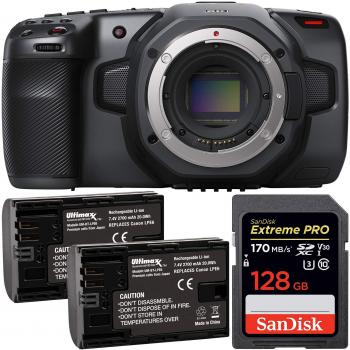 Blackmagic Design ups the ante in compact cine-style capture with their Super 35 sensor Pocket Cinema Camera 6K. Not only can the BMPCC 6K record up to 50 fps 6144 x 3456 video, but in a boon to lens connoisseurs everywhere, it features an active EF mount, letting users take advantage of the expansive array of EF-mount lenses available.

The compact BMPCC 6K retains the familiar controls and menu layout of the 4K version in a minimally deeper form to accommodate the EF lens mount. Features such as ISO support up to 25,600, 13 stops of dynamic range, 1920 x 1080 monitor output, and a bright 1920 x 1080 touchscreen 5" LCD are carried through from the BMPCC 4K as well. Professional audio support includes a mini XLR input with phantom +48V power and four built-in mics. Whether you're shooting an indie film, wildlife, or fashion, the BMPCC 6K's compact form is less intrusive than larger cameras, lending itself to more intimate setups. The BMPCC 6K is fashioned from a carbon fiber polycarbonate composite that is both lightweight and durable.

Additional pro features include lens metadata support, 3D LUT application for both monitoring and recording, up to 21.2MP still image capture, and a multifunction grip that enables single-handed operation. Sync multiple cameras for a concert, event, or other multicam shoots by linking an external timecode generator to the BMPCC 6K's internal timecode generator (accessed via the 3.5mm audio port).

There is no accessory available for this item. Please check back later. 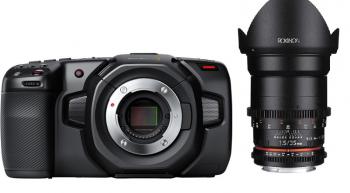 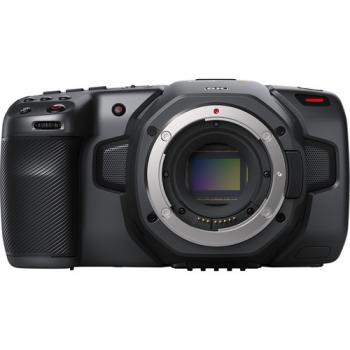 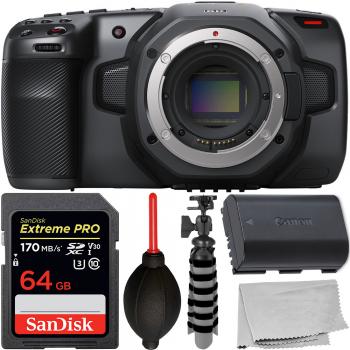 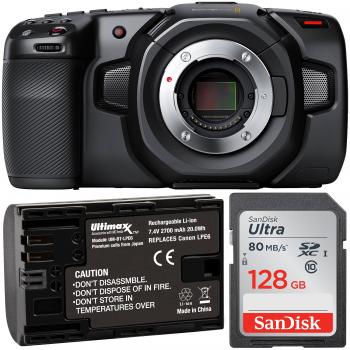 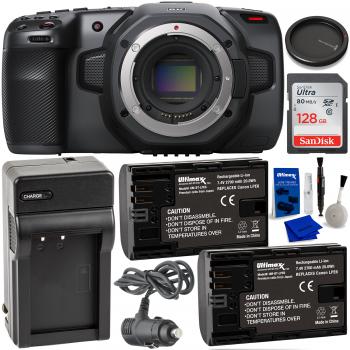 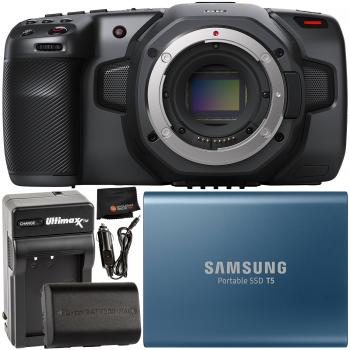 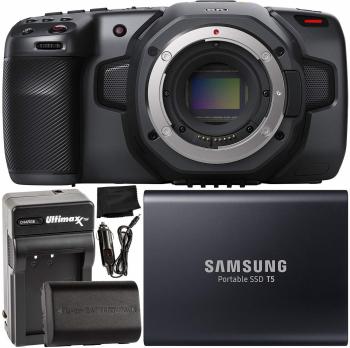